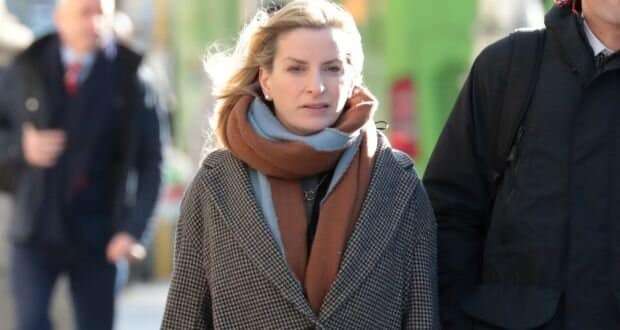 A woman who lost the full strength of her voice after an operation on her vocal cords has sued for damages in the High Court.

Abigail Barnett-Hunt broke down in tears when giving evidence that she cannot shout out if there is a danger to her children and that her voice cuts out when she attempts to read them a bedtime story.

She said she now has a low hoarse voice which people comment on all the time.

“People say ‘were you out last night?’. There’s no escape, people comment all the time. I don’t sound like me. My life has changed in ways I never dreamed of,” she said. “It has changed my identity. This is not my voice. My voice is my identity. It took my career away, it has left me on high alert around dangers for my children.”

Ms Barnett-Hunt said she was heartbroken when she was not able to return to her primary school teaching job after having the operation four years ago and that she had to take early retirement two years ago.

“That was my passion, teaching. I loved teaching, particularly the infant classes. I have been teaching since I was 22-years-old. It wasn’t a job to me, it was an absolute privilege.”

She said that when she signed the consent form before her vocal cord surgery four years ago, the surgeon “turned to my husband and said ‘everyman’s dream, the quiet wife”.

Ms Barnett-Hunt (40), a mother of three of Ballykeeran Big, Athlone, Co Westmeath, now living in Dublin, has sued Peter Gormley, a head and neck surgeon, and the Bon Secours Hospital, Galway as a result of an operation carried out by him at the hospital on May 9th, 2016 to remove polyps on her vocal cords.

It is claimed that Ms Barnett-Hunt suffered injury to her vocal cords and loss of tissue leading to substantial impairment of her voice. It is further claimed scarring has caused the loss of tissue and loss of vocal cord pliability and that she is left with a breathy and hoarse voice.

The court heard a breach of duty has been admitted in relation to the operation.

In her evidence, Ms Barnett-Hunt said she had to rest her voice for seven days after the operation and was very shocked on the seventh day when very little sound came out.

“I had practically nothing. I got such a fright,” she said.

She said her 12-year-old son has to read to the younger children and her youngest child, a five-year-old daughter, asks her who is going to fix her voice.

“My children are voicing for me all the time. It has had a massive impact. My children speak if somebody comes to the door or when the phone rings. I can’t project over sound. People can’t hear me on the phone.”

Asked about future surgeries, Ms Barnett-Hunt said she would do “whatever it takes” to get “my voice and my life back”.

The case continues on Wednesday before Mr Justice Kevin Cross.