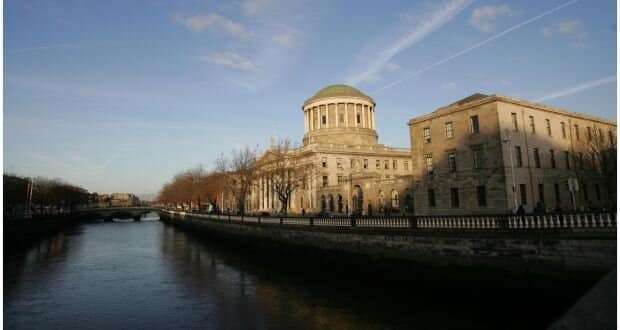 Ms Hyland-McGuire was married for some 30 years to Dr Hyland-McGuire who, who at the time of his death in 2016 was earning some €500,000 a year as a consultant in emergency medicine at locations, including the Beacon Clinic, which has since named its A&E department after him.

The couple, who have no children, were very close and Ms Hyland-McGuire has been “devastated” by her husband’s death, her counsel Denis McCullough SC said on Tuesday.

Ms Hyland-McGuire, of Stonebridge Road, Rathmichael, Co Dublin, was entirely financially dependent on her husband and the case includes a claim for €2.8 million relating to loss of earnings and opportunities, counsel outlined. She is also claiming damages for nervous shock arising from his death.

The case is against Prof Des Winter, a general/laparoscopic and gastrointestinal surgeon attached to St Vincent’s Private Hospital (SVPH), Merrion Road, Dublin 4 and St Vincent’s University Hospital (SVUH) and is also against both of those hospitals.

Opening the case, Mr McCullough said Dr Hyland McGuire was working at the Beacon Clinic in the hours before he admitted himself to SVPH on the night of July 28th 2016.

Earlier that day, he had phone contact with Prof Winter in which he described various symptoms including abdominal distention and fever and diagnosed himself as having a digestive tract disease. He opted to be admitted to SVPH as an in-patient under the care of Prof Winter, counsel said.

When his wife left him at SVPH at about midnight, he had some discomfort but otherwise appeared clear and coherent, counsel said. It seemed the deceased was not seen at all by Prof Winter during his time in the hospital, counsel said.

At about 5am, Dr Hyland-McGuire experienced a dizzy spell as a result of which an ECG was carried out at 5.23am. The ECG unequivocally showed evidence of an acute inferior miocardial infarction or heart attack, counsel said.

Their case was that the defendants failed to take any or any appropriate action arising from the results of the ECG.

Nursing staff contacted Prof Winters about 6.27am requesting that Dr Hyland-McGuire be transferred to SVUH for urgent cardiac care but Prof Winters refused to sanction this at that stage and suggested a cardiac consultation later that morning, he said.

A third ECG at 6.48am confirmed the findings of two earlier ECGs and the consultant cardiologist on call was contacted, leading to drugs being administered and Dr Hyland-McGuire being transferred to SVUH about 8am.

Dr Hyland-McGuire spoke to his wife by phone before being brought to the cath lab by 8.15am for an angiogram and attempted coronary intervention, counsel said.

Their case was that he should have been transferred to the nearest hospital for dealing with Percutaneous Coronary Interventions (PCI), St James or the Mater, as SVUH had permanently ceased to have on-site PCI facilities in or around April 2015.

Dr Hyland-McGuire developed cardiogenic shock about 8.40am and lost consciousness, counsel said. Despite further attempts at resuscitation and coronary medical interventions, he was pronounced dead at 10.59am.

In separate defences, the defendants deny his death was caused or contributed to by any wrongdoing, negligence, breach of duty or breach of agreement on their part.

In his defence, Prof Winter says he had advised Dr Hyland-McGuire, during their phone conversation on the afternoon of July 28th, 2016, to attend the emergency department of the Beacon Hospital for an evaluation and a CT scan and to attend either Blackrock Clinic or SVUH but the deceased declined those suggestions and advice.

He says the agreed plan was for Dr Hyland-McGuire to come and see him immediately in his clinic and have a CT scan performed but Dr Hyland-McGuire did not come and texted at 8.15pm stating he was still at work at the Beacon Clinic.

Prof Winter says he then left SVUH as he understood the deceased was declining a CT scan and clinic visit and deferring his admission.