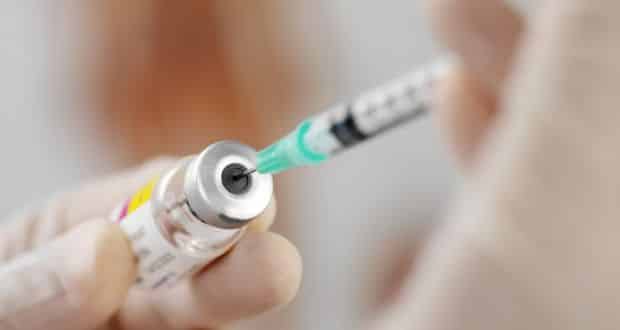 The lead case of up to 100 cases over an alleged link between a human swine-flu vaccine and the sleep disorder narcolepsy is to open on Tuesday at the High Court.

The action is brought by a third-level student who claims she developed narcolepsy and cataplexy – a medical condition characterised by episodes of muscle weakness – shortly after receiving the human swine-flu vaccine Pandemrix.

Aoife Bennett, of Naas, Co Kildare, was aged 16 when she received the vaccine in her secondary school in late 2009, as part of a mass vaccination programme administered by the Health Services Executive (HSE).

She was eventually diagnosed with narcolepsy some 18 months later and alleges her quality of life has been substantially and permanently adversely affected by the symptoms associated with that condition and with cataplexy, including sleep disruption and fainting fits.

Pandemrix, produced by Glaxosmithkline in Dresden, Germany, was first used here in 2009 when, during a threatened swine-flu pandemic, the Government and HSE bought about four million doses of the vaccine. Some 3.5 million doses of Cevalpan, a separate vaccine made by Baxter, were also purchased.

Ms Bennett’s action, brought against the Minister for Health; the HSE; Glaxosmithkline Biologicals SA GSK – as producer of Pandemrix; and the Health Products Regulatory Authority (HPRA), as regulator of health products, is regarded as a test case for an estimated 100 similar cases.

The focus of the hearing, expected to run for some ten weeks, is to decide whether the defendants, or any of them, are liable, arising from Ms Bennett having narcolepsy. If liability is established, a separate hearing will be held later to assess damages.

Represented by Michael Boylan Litigation Law, Ms Bennett, now in her twenties, is seeking damages, including aggravated and exemplary damages, on grounds including brochures issued by the HSE in September and November 2009 allegedly misleading parents concerning the safety of the Pandemrix vaccine for their children and about alleged risks associated with its use.

Among claims of negligence and breach of duty against the Minister and HSE, it is alleged they and/or their servants or agents, encouraged vaccination with Pandemrix when it was allegedly aware the Pandemrix vaccine produced by GSM in Germany, was not as safe as other human swine-flu vaccines.

It is also claimed the HSE entered an indemnity agreement with GSM in 2009 as a condition of the company supplying Pandemrix for use here.

It is further claimed that the Irish Medicines Board – now the HPRA – wrote in September 2009 to the Department of Health’s Chief Medical Officer noting, inter alia, there was no immunogenicity or safety data available with the H1N1 [swine flue] vaccines and no data was yet available from clinical trials which were then underway.

The claims against GSM include that it has a liability to Ms Bennett under the Defective Products Act 1991.

All the defendants deny the claims and deny liability. Among various pleas, they contend the Pandemrix vaccine was properly and validly authorised by the European Commission for use in all EU member states and was required to address the pandemic H1N1 2009 virus, as confirmed by the World Health Organisation, in 2009.

The case was initiated in 2012 but the full hearing was delayed for reasons including that millions of documents had to be reviewed for discovery purposes. The costs of that discovery have exceeded €2.1 million.