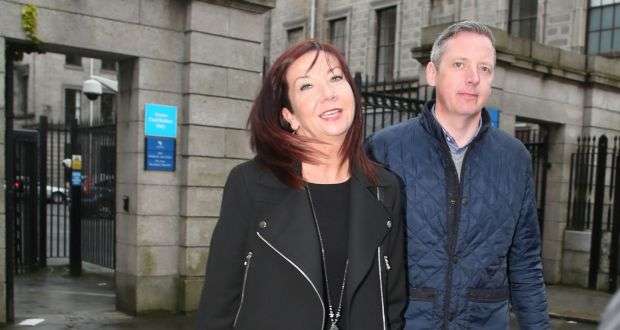 Catherine and Colm Sheehan of Mallow, Co Cork leaving the Four Courts after they were awarded damages following a High Court action on behalf of their daughter, Isabelle.

An 11-year-old girl with cerebral palsy has secured a total €15.6m under a final settlement of her action against a consultant over her care around the time of her birth. The case was very complex and unusual as the negligence alleged concerned the failure of the defendant obstetrician to effectively treat the plaintiffs mother for rhesus incompatibility disease during the pregnancy.

As a result of the failure to treat the plaintiff by repetitive exchange blood transfusions in utero, she suffered prolonged fetal anemia which ultimately resulted in heart failure and consequential brain damage. Ultimately 5 weeks before trial liability was admitted.

Our founding partner Gillian O’Connor (when working with her previous firm) acted for the Sheehan’s and may be contacted at gillian@michaelboylan.com