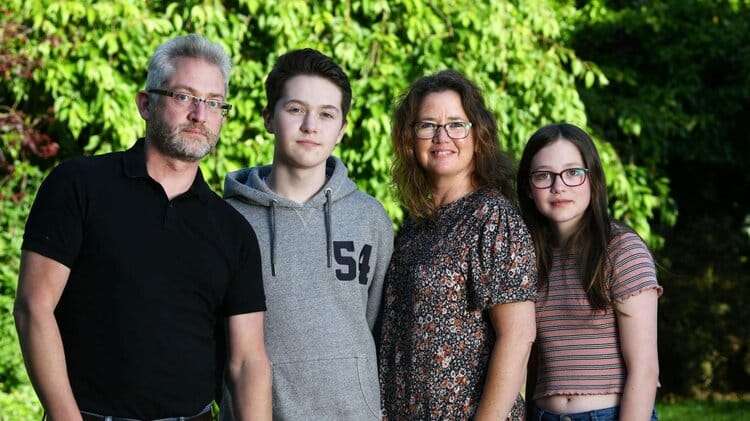 Click link below for RTÉ Report and Blackwell family statement:

Click link below for RTÉ Radio 1 interview with James and Natalie Blackwell:

The High Court has approved a settlement in the case of a 15-year-old boy who developed an incurable sleep disorder and a debilitating auto immune condition after receiving the swine flu vaccine ten years ago.

The ground breaking settlement also paves the way for a further 80 people - mostly teens and young adults -  who have cases pending to achieve similar settlements.

In a significant development, the agreement means that any financial compensation received as part of these settlements will be disregarded when assessing a person's means for eligibility for State supports such as medical cards, exam fees and student accommodation costs.

It also makes provision for childcare costs for the future for sufferers of narcolepsy. There is also a "bonus" sign up fee of €25,000 for those who agree to the settlement although they are not obliged to do so.

The financial terms of the settlement have not yet been finalised but will come before the High Court for approval later.

In his claim for damages against the HSE and vaccine maker GlaxoSmithKline, Ben Blackwell from Ratoath, Co Meath claimed there was a failure to fully inform people of the risks associated with the vaccine, in particular its effect on children.

The court heard the life-altering, incurable condition had affected his career prospects and his social, personal and sporting life.

Ben received the Pandemrix vaccine at school in February 2010 as part of a mass vaccination programme during the swine flu pandemic in 2009/10.

Some time afterwards he was diagnosed with the sleep disorder narcolepsy and the auto immune disease cataplexy which can cause a sudden collapse of muscle groups.

The High Court heard that the adjuvant or booster used in the vaccine can cause a rare side effect in young people which affects the part of the brain that controls sleepfulness, wakefulness and appetite.

The court heard that as a five-year-old child he suffered "squealing" in his head and when taken to a specialist he was immediately diagnosed.

The court heard the extremely rare condition in children was rarely seen by specialists until after the swine flu vaccination programme.

His High Court case centred on claims of misrepresentations about the alleged lack of safety or prior clinical testing of the vaccine.

It was claimed that his parents would not have consented to the vaccine if they had been fully informed.

Senior Counsel Dermot Gleeson told the High Court the State and the vaccine makers had "failed in their truth telling obligations" and that the vaccine had not been properly tested on children.

He said adverse reactions were seven to eight times more prevalent in Europe than in Canada because a different adjuvant or booster product had been used here.

He also said that under the terms of the advance purchase of the vaccine, GSK was given indemnity by the HSE and other health authorities around Europe and was also allowed to dictate how the HSE were to defend any potential cases including being prevented from admitting liability.

Mr Gleeson said some years after the vaccination programme it was concluded that there was a 13 fold risk of narcolepsy in those vaccinated.

He said about 1,200 children all over Europe contracted narcolepsy, they have all been compensated apart from Irish children.

The claims were denied by the HSE and the vaccine makers GSK who had secured indemnity from the State before supplying the vaccine. The settlement was made without admission of liability.

It is the second High Court case concerning the Pandemrix vaccine to be settled.

Aoife Bennett from Naas, Co Kildare settled her case in November 2019 after a five-week hearing.

The terms of that settlement were not disclosed and there was no admission of liability.

The court was told today that the Blackwell family wanted to make it quite clear that they were not in any sense anti-vaccination and did not want their case to be in any way associated with such campaigns.

An expert witness they had planned to bring to the case would have told the court that apart from clean water, vaccination was the most important public health intervention.

They said they had taken their five-year-old for a vaccine that had been promoted as safe but that "corners had been cut in the rush to protect the population".

James Blackwell said 100 people were the collateral damage, most of whom were children left with a life long condition.

He thanked his legal team and the 'Sound' support group whom he said worked for seven years on their behalf.

Solicitors Gillian O'Connor and Michael Boylan who also represent plaintiffs in 80 other cases said the case raised important legal and ethical issues regarding the duties owed by public health authorities in the implementation of public vaccine campaigns.

"It highlights the vital importance of and need to maintain the public's trust in the information messages that are being promoted in the media by the health authorities in this country."

Reacting to the news of the settlement, the support group Sound (Sufferers of Unique Narcolepsy Disorder) have called on the State to offer similar settlements to all families affected by narcolepsy due to the Pandemrix vaccine.

"We thank Ben Blackwell and his family for taking this case," said Sound Secretary, Tadgh Kennedy.

"We are very conscious that all families, regardless of their legal representation, should now be offered this settlement.

"From the start, the State's response to what transpired has been painfully slow, and this has been a difficult and protracted process for the families involved.

"Sound is not anti-vaccination and High Court proceedings have never been our primary focus.

"Health Minister Stephen Donnelly pledged to engage with Sound in response to Cathal Crowe TD (FF, Clare) at the Oireachtas Health Committee today and we look forward to this engagement."